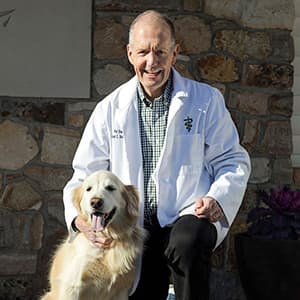 Dr. Bassett was born and raised in Ocean City, MD.  He received his BS and MS in Animal Science at Virginia Tech, and his DVM at Tuskegee University.  In 1983, he purchased Shady Grove Animal Hospital and then The Animal Inn in 1985.  He combined both businesses to form what is now Pet Dominion.  His special interests include senior pets, preventive health care, and improving the quality of life for patients and their owners.  He has served as president of both the Northern Virginia and Montgomery County Veterinary Associations.  His son, Justin, also works at Pet Dominion as a canine physical therapist, and his daughter works as a human resources manager for JBG.  He and his wife Lynda are proud owners of Jameson, a fun-loving Golden Retriever. 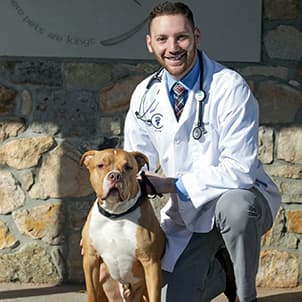 Dr. Brody began his veterinary career at Pet Dominion in June 2019. He was born and raised in Rockville, MD. He knew he wanted to be a veterinarian in high school so he worked at various animal hospitals as a technician, cow and horse farms, and even spent time doing research in a lab. He attended The University of Maryland where he earned his B.S. in Animal Science then went to veterinary school at The Virginia-Maryland Regional College of Veterinary Medicine in Blacksburg, VA. Dr. Brody enjoys all aspects of small animal medicine but is particularly passionate about surgery, dentistry, preventative medicine, and working with new pet owners. As a firm believer in the importance of the human-animal bond, Dr. Brody is dedicated to providing high-quality and individualized care. He believes that good client communication is necessary to provide patients with the best care. He lives in Rockville with his wife Kristen, daughter Brooke, and cat Leo. In his free time he enjoys playing hockey, basketball, and paintball. 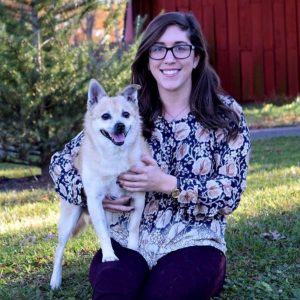 Dr. Rachel Hughes always knew she wanted to be a veterinarian, but the idea was solidified during middle school when her family got a Golden Retriever puppy named Sampson who instantly became her best friend! It was then that she truly understood the indescribable bond that is formed between a pet and an owner. Several years later, while attending UNC-Wilmington, she started working at a veterinary clinic for the first time. Although she initially realized that there is a lot more to veterinary medicine than playing with puppies and kittens all day, she eventually realized that she loved the challenge of veterinary medicine and how it can differ greatly depending on the individual patient/client’s situation. After receiving her bachelor’s degree in Biology from UNC-Wilmington in 2011, she traveled up north to Canada to complete her Doctorate of Veterinary Medicine from Ontario Veterinary College in 2016. During her time there she took advantage of her summers by traveling and volunteering overseas. From a Dog and Cat rescue and an Elephant Nature Park in two different parts of Thailand, to working with dairy cattle in New Zealand, and working with a multitude of farm and companion animals in Nicaragua, she definitely had many unique interactions with animals around the world. After finishing veterinary school, she decided to escape the cold and finally moved back “home” to Maryland.
Dr. Hughes worked at a mixed animal practice right out of school, where she worked with large animals such as horses, sheep, goats, as well as companion animals. Although she will miss working with farm animals, (although not necessarily the smell sometimes), Dr. Hughes is thrilled to start the next step in her career focusing on companion animals at Pet Dominion. Her special veterinary interests include soft tissue surgery, dentistry, emergency medicine and working with geriatric animals.

In her spare time, Dr. Hughes enjoys camping, hiking, spending time with friends and family, travelling, and snuggling with her extremely handsome Pomeranian mix named Moose, and her two cats Indi and GC.

Anthoni grew up with all different types of animals because he lived in the country with dogs, cats, goats, chickens, rabbits and cows! He has been working in the veterinary medicine field for the past three years. He’s a recent addition to Pet Dominion, but he has previous vet tech experience. He is also in the process of becoming a Certified Veterinary Technician. He lives with two cats of his own.

Devon joined the team in November 2011. She grew up in a small beach town in Connecticut and went to school in Colorado. She has a very well-loved cat named Sir Walter and always opens her home to foster pets. In her free time, Devon loves to explore DC and try new restaurants.

Jose grew up with two brothers exploring the wilderness and the animals within, which helped him reveal his passion for animals. To this day he enjoys the outdoors with his family, which includes his two dogs (Cali & Cortez). In 2015 Jose joined the Pet Dominion lodging team. Within that year he completed his veterinarian assistant certification online at Animal Behavior College. Soon after he was given the opportunity to join the hospital team at Pet Dominion.

Kelly has been with Pet Dominion since Oct 2016.  She is currently attending school to become a licensed veterinary technician.  When not working or studying, Kelly enjoys spending time with her husband, and competing in obedience, rally, and agility with her All American dogs, Jane and Josh.